Directly after the Pittsburgh Steelers defeated the Kansas City Chiefs in the AFC divisional game last week, Steelers WR Antonio Brown decided to go live on Facebook while head coach Mike Tomlin was giving a victory speech that included some shots that were directed at the Patriots.

The Pats clearly used that as motivation because they proceeded to destroy the Steelers on Sunday in the AFC Title game, 36-17.

Some genius created a screenshot of Antonio Brown’s Facebook Live feed with Tom Brady and Bill Belichick trolling him. 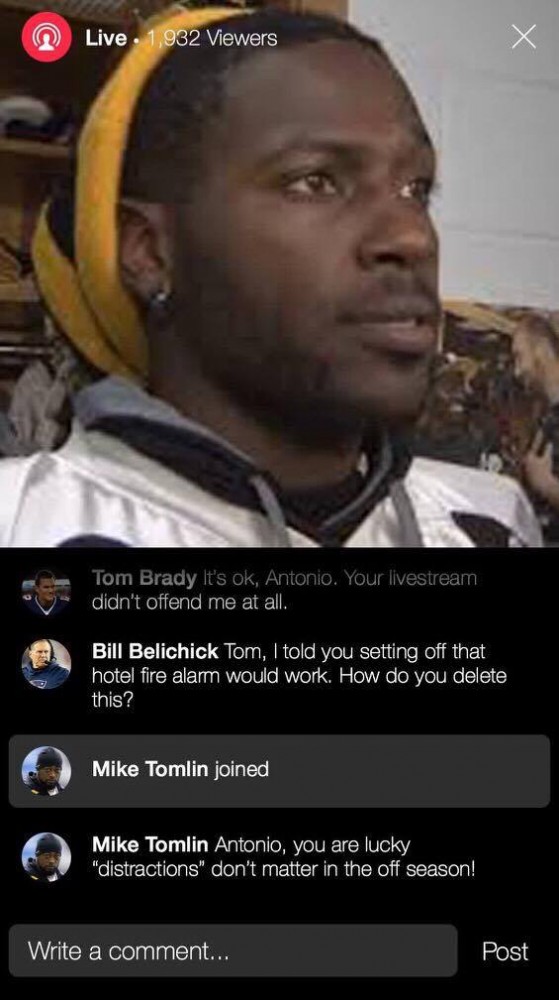 The good folks over at TheScore created one as well: 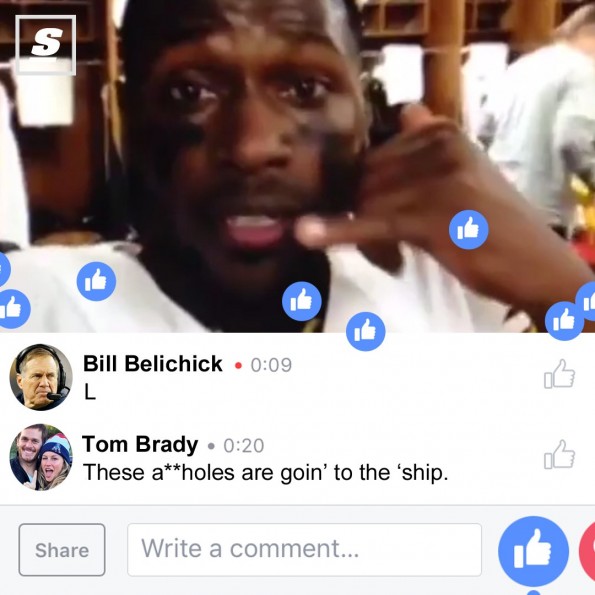