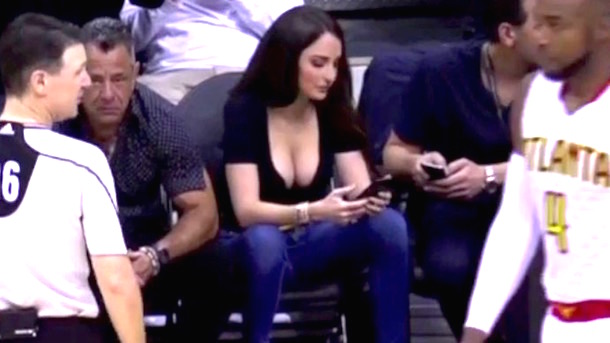 The Atlanta Hawks and Philadelphia 76ers apparently played a basketball game on Sunday night. Unfortunately, nobody really knows what happened. Maybe the Hawks won 147-32. Maybe the power in Phillips Arena went out with the score tied 99-99 and they couldn’t get it back on. All we know for sure is that pretty much everyone stopped paying attention to the game itself once they noticed a certain woman sitting in the front row.

We don’t know who the woman was. All we know is that she is very voluptuous, she makes wardrobe choices highlighting this fact, and she has access to some very expensive courtside seats.

And you know what? Why don’t we just go ahead and zoom in on this screenshot for you: 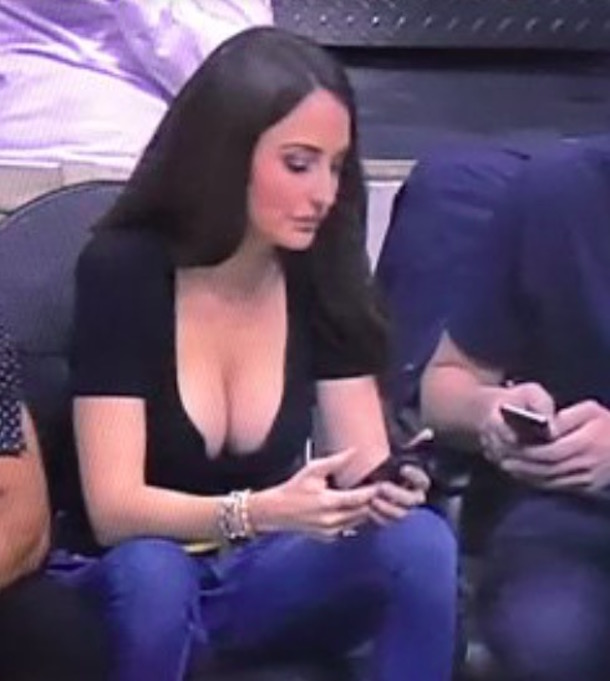 UPDATE: turns out the Hawks and 76ers did in fact finish the game. Hawks won 110-93. Amazing! We fully expect both teams to be nominated for some sort of perserverance award at the 2017 ESPYs.