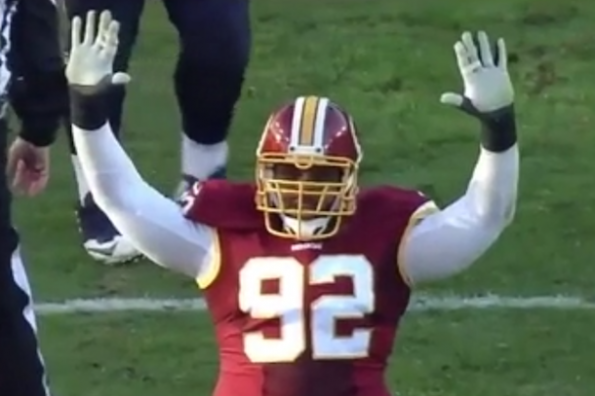 Washington Redskins defensive lineman Chris Baker took to Twitter on Monday to vent about a situation he recently encountered with a police officer.

He was driving with a close friend of his and they were pulled over.  When he realized he left his license at home, the cop then asked for his ‘EBT Card’ as a form of identification—basically, assuming that he was on food stamps.