Why fans keep doing this, we will never know, but somebody is guaranteed to walk away happy after the game.

Super Bowl LI is finally here and fans of both teams have flooded the city of Houston in hopes of witnessing their team win it all. For Patriots fans, it would be their 5th ring, and for Falcons fans, their very 1st.

Two fans decided to curse both of their squads by getting Super Bowl winning tattoos just ahead of the game, but somebody has to win so only one will fail.

First up is the Patriots:

We thought the Falcons fans were the only ones doing this…..(Via @banks) 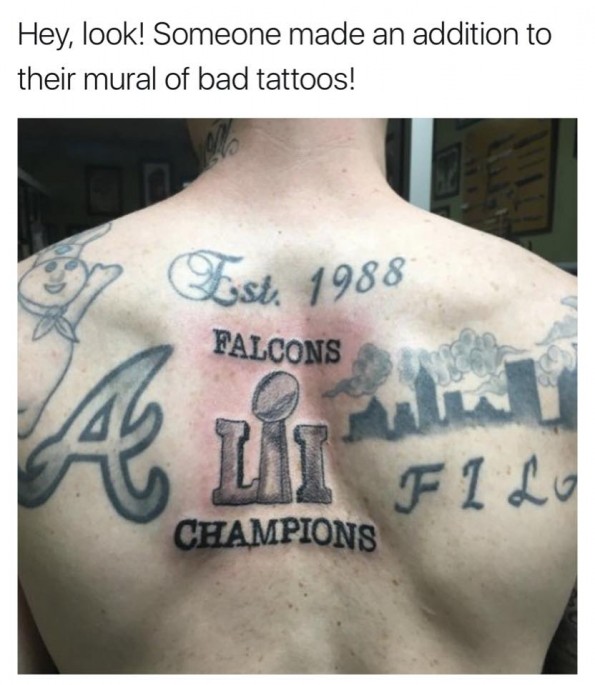