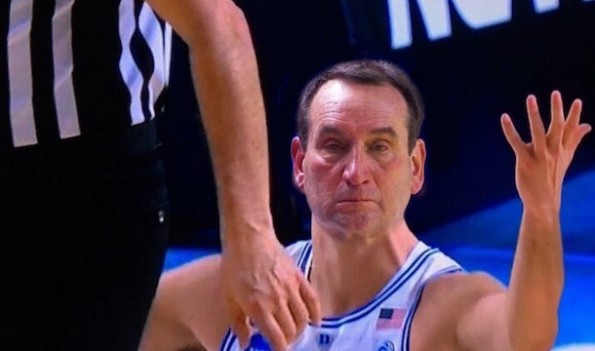 In the final game of NCAA Tournament’s second round, No. 2 Duke held a seven-point lead over No. 7 South Carolina at the half, but it was not enough as the Gamecocks stormed back to earn a birth in the Sweet Sixteen with an 88-81 victory.

A lot was expected out of the Blue Devils after they won the ACC Tournament and earned a second seed in the Big Dance.  Some even thought they should have been a number one seed.

So when they they lost to a South Carolina team that finished fourth in the SEC with a 12-6 record and lost in the opening round of the conference tournament to Alabama, you knew the trolls were coming out.

Here are some of the best reactions to Dukes loss from the Twitterverse:

How did we lose… We’re DUKE! pic.twitter.com/DHR2J9WIdS

Duke really got “tripped” up tonight.

*logs on to Twitter solely for the Duke schadenfreude* pic.twitter.com/aaMuHpapAG

ACC should stick to football .

“What do you mean dad only got me a 3 series for Christmas??” pic.twitter.com/4QCawDxF9z