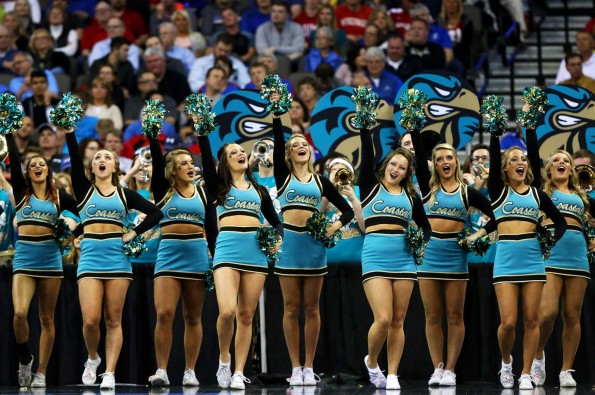 According to a statement from a university official, the Coastal Carolina University cheerleading team has been suspended indefinitely pending an investigation.  This news comes after an anonymous person at the school sent a letter accusing all of the members on the squad of a “long list of things, including prostitution, and purchasing alcohol for underage team members”.

“A cheerleader who spoke on the condition of anonymity said an investigator with the CCU Department of Public Safety came to their practice Wednesday night. The cheerleader said the investigator explained to the team an anonymous letter was mailed to school president David DeCenzo on March 7 alleging that team members were involved in “a long list of things,” including prostitution, purchasing alcohol for underage team members, and paying others to complete their homework assignments.

According to the cheerleader, the team was met by police outside the HTC Center after practice, who called the names of individual team members, and took them to CCU’s police station for questioning. During the questioning, the cheerleader said police searched through their cell phones. She said officers then told them they could leave around 11 p.m., after telling them they did nothing wrong.”

One parent of one of the girls took to Twitter to vent her frustration: 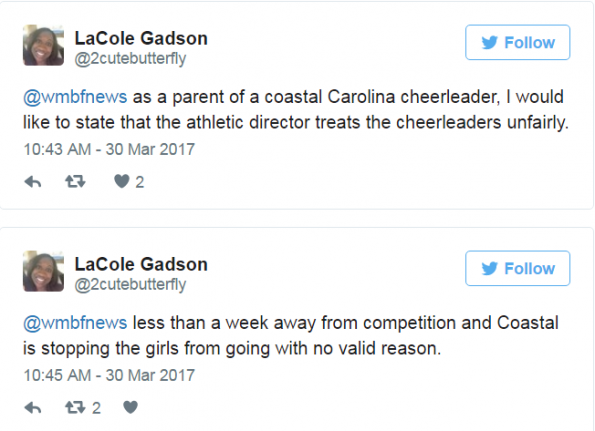