Green Bay Packers QB Aaron Rodgers has been known for his unbelievable Hail Mary passes that seem to always find their target in the end zone.  It even caused social media to create the perfect meme for him—wearing a bandana with rapper Tupac’s lyrics to his hit song, ‘Hail Mary’. 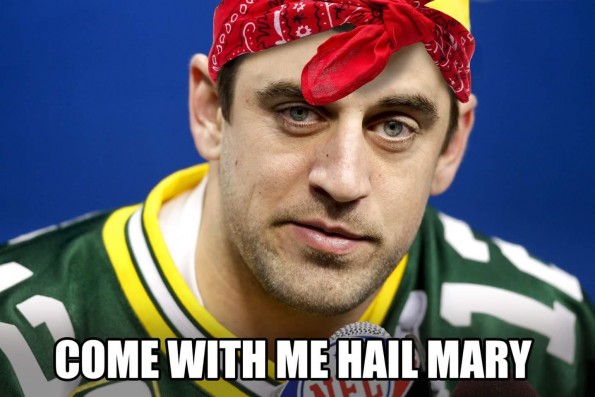 Rodgers is apparently a fan of Tupac’s work, as cameras caught him singing along to his hit song, ‘Hit ’em up,’ last night in Phoenix.

“Rodgers was at a Final Four party where The Chainsmokers were headlining, but between sets the DJ decided to shout out the Packers QB with a “discount double-check” reference. Then watch what happened when he cued up Pac’s “Hit ‘Em Up.”