>Total Pro Sports
NFL
Security Guard Had No Clue Gronk Was a Part of Wrestlemania; Proceeds to Restrain Him (VIDEO)

Security Guard Had No Clue Gronk Was a Part of Wrestlemania; Proceeds to Restrain Him (VIDEO) 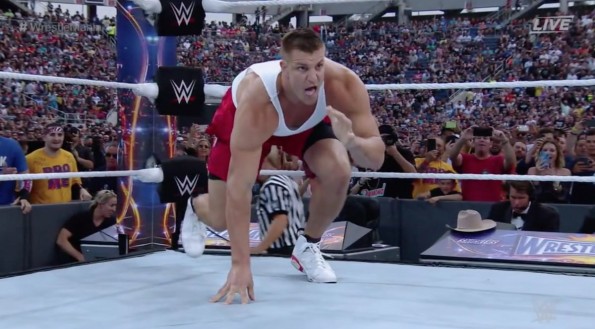 Sunday at Wrestlemania, New England Patriots TE Rob Gronkowski was in attendance for the sport’s biggest show of the year in Orlando and no one had a clue he would actually be in the ring.

During the Andre the Giant Memorial Battle Royal, Gronkowski’s friend Mojo Rawley was thrown outside the ring right in front of him & WWE star Jinder Mahal stared down Gronk. That was the signal for Gronk to jump the barricade and get in the ring.

Apparently, one female security guard had no clue who he was or didn’t realize he was a part of the show and attempted to restrain him. She had a pretty strong grip on him as well. 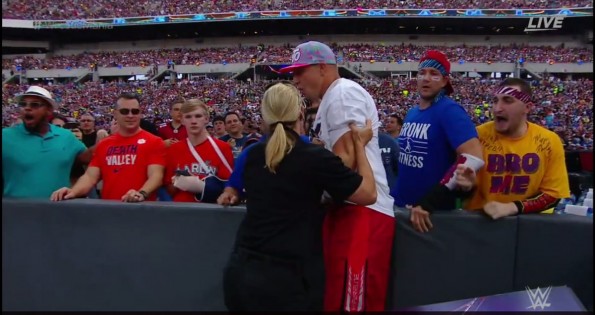