Marshawn Lynch Denies A Deal Has Been Reached With Oakland (VIDEO) 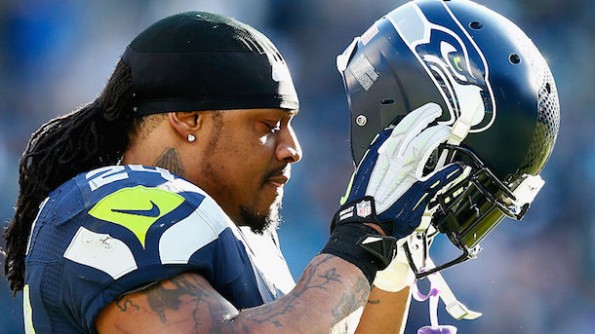 It was widely reported on Friday that Marshawn Lynch and the Oakland Raiders had reached an agreement for the retired RB to come play for them—pending an eventual trade from the Seattle Seahawks.

Lynch himself took to Twitter to deny those reports.

If u kno me you kno my business is my business and if u don’t kno me that’s a fun fact for ya… when shit get REAL I’ll let you kno!!!!

NFL Network’s Mike Silver then gave an update, stating that despite Lynch telling people within the Raiders organization that a deal was done, nothing was set in stone…yet!

To follow up @MikeSilver‘s reporting: Marshawn Lynch & #Raiders haven’t agreed to parameters. But optimism is there. Expected to happen.