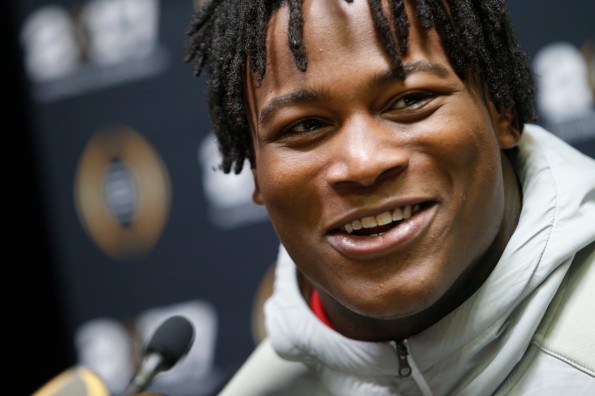 Reuben Foster was easily one of the top defensive players in the nation last season, and he was expected to be a top-15 selection in the NFL draft later this month.  After Thursday’s report, that may no longer be the case.

The former Alabama Linebacker reportedly failed a drug test at the NFL Combine and was notified that his urine sample obtained in Indianapolis during the Combine was reported as dilute. Based on the provisions of the NFL’s policy and program for substances of abuse, “this will be treated like a positive test.”

Foster spoke in length with NFL Network’s Ian Rapoport and offered up an interesting reason for the failed test.

“Last month, Foster was notified that his urine sample obtained in Indianapolis during the combine was reported as dilute. Based on the provisions of the NFL’s policy and program for substances of abuse, “this will be treated like a positive test.”

Reuben Foster won’t fall ‘too far’ due to positive drug test.  In discussing his trying few months, Foster disclosed the test results to NFL.com because, he says, “This is something that’s going to get out. I don’t make excuses. I’m a real dude. I try to be a good person. … I just hope the coaches understand and that’s all I can hope and pray for.” Foster has already been on the phone talking with teams telling them himself.

As for why the test came back dilute, Foster explained in detail. He said he was sick before the combine. He was throwing up, had diarrhea, couldn’t keep anything down and was cramping. One adviser offered to have a doctor put him on IVs to hydrate, but he didn’t want that. He saw a doctor, got some medication and started hydrating himself. Foster believes it was food poisoning.

“I couldn’t eat much, but I had to drink water and Gatorade,” said Foster, who began the process as the consensus top linebacker based on his game tape and measurables. “Then a few coaches said something about me being too light. And I’m a coach-pleaser. I don’t care what everybody thinks, but I care what coaches think. So I drank and ate as much as I could without throwing up. Then I went in there, drinking and drinking water, trying to flush out my system from whatever was making me sick and trying to keep my weight up and took the test.”

We’ll find out in a week just how many millions he stands to lose because of this failed test.