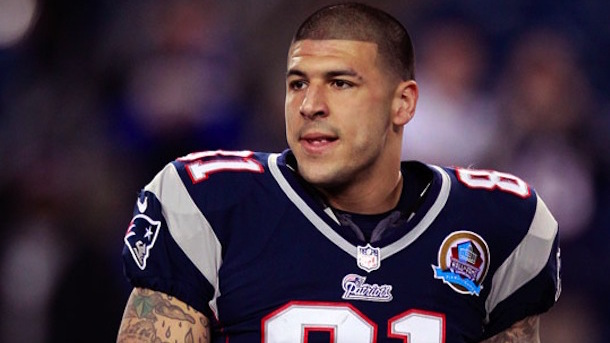 Yesterday the world learned that a bizarre legal loophole in the state of Massachusetts meant Aaron Hernandez technically died an innocent man. Now it turns out that this technicality could have significant financial repercussions for the New England Patriots and the National Football League.

The Patriots withheld Hernandez’s $3.25 million signing bonus as well as his $2.5 million base salary back in June 2013 after he was arrested for the murder of Odin Lloyd. When he was convicted in 2015, it looked like they were off the hook for good. Meanwhile, the NFL got out of pension payments thanks to a provision in the collective bargaining agreement.

Now that Hernandez is dead and his status as a convicted murderer is up in the air, the Patriots and the NFL might have to pay up after all.

“That’s the question that’s starting to be raised with respect to the bonus provisions in his contract and his NFL pension,” lawyer Michael Coyne explained to CSNNE’s “Toucher and Rich” on Wednesday. “If these convictions are ultimately vacated—both his conviction with Odin Lloyd and his conviction on the gun charge—because of his failure to appeal, will his estate, will his child and his wife be able to recover either some of the bonus that’s still due to him under the Patriots contract or any of his pension benefits that the NFL might owe him?”

Of course, even if Hernandez’s family is able to get the Patriots and the NFL to pay up—and that’s a big if—they probably wouldn’t get to keep the money very long. The family of Odin Lloyd is following the situation closely, and they are prepared to file a civil suit against Hernandez if his conviction is vacated.

Attorney for Ursula Ward, mother of Odin Lloyd, tells me their civil case against Aaron Hernandez is “full-speed ahead.”

In the end, Hernandez’s suicide might just end up benefitting the family of his victim.