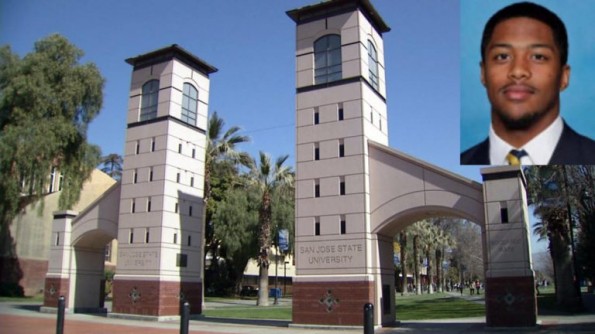 San Jose State University football player Chad Miller was merely a spectator during a recent fight and he is now fighting for his life.

According to ABC News 7, Miller is in critical condition at Santa Clara Valley Medical Center after being stabbed during a fight in downtown San Jose.  He is currently recovering from surgery.

“A fight erupted and he ended up getting stabbed. He wasn’t initially involved in the fight but somehow he got stabbed. Right now we’re just concerned with him being alive.”

The San Jose Police are currently reviewing security video from nearby businesses, but so far they haven’t announced any arrests.