LeBron James on Racist Graffiti at Home: ‘Being Black in America is Tough’ (VIDEO) 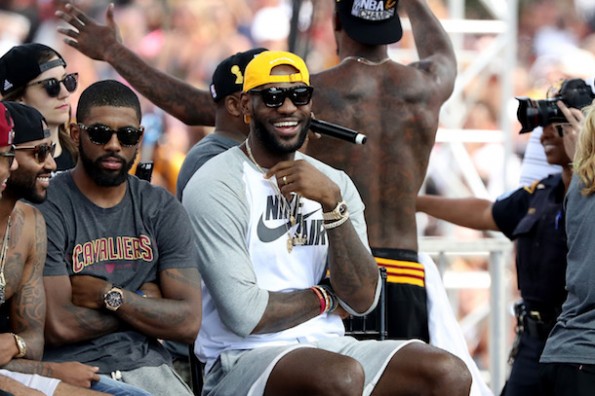 As Lebron James and the Cleveland Cavaliers made their way to Oakland for Game 1 of the NBA Finals on Thursday, someone had a motive and waited until nobody was around to hatch out the plan.

TMZ broke the news of LeBron James’ house being vandalized as he was the target of a hate crime.

“Someone spray painted the n-word on the front gate and detectives are now investigating, cops tell TMZ Sports.

Here’s what we know … multiple LAPD units and a neighborhood patrol vehicle responded to the home early Wednesday morning. We’re told the word was scrawled on the outer gate.

We’re told investigators are looking for security footage from neighbors which may show the perpetrator.”

During a press conference on Wednesday, LeBron was asked about the incident and he made it clear that we have a long way to go in this country.

LeBron responds powerfully to the racist vandalism of his home in LA.