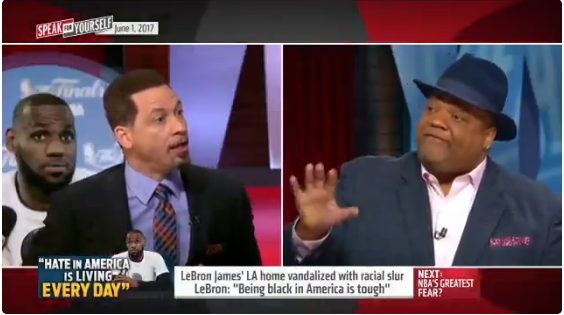 Earlier today, Fox Sports 1’s Jason Whitlock took issue with Lebron James speaking about racism, because he believes he hasn’t really dealt with it—because he’s rich and it’s only a problem for poor people. He also accused LeBron of making his comments solely for the benefit of “Twitter and social media.”

“Racism is an issue in America, but it’s primarily an issue for the poor. It’s not LeBron James​’ issue.” – @WhitlockJason pic.twitter.com/6IqMTxIRg9

A few hours later, Jason Whitlock then had Colin Cowherd and Chris Broussard on his show ‘Speak For Yourself,’ and he got into a heated debate with Broussard as he refused to apologize for what he said earlier. In fact, he expanded even more on his original comments.