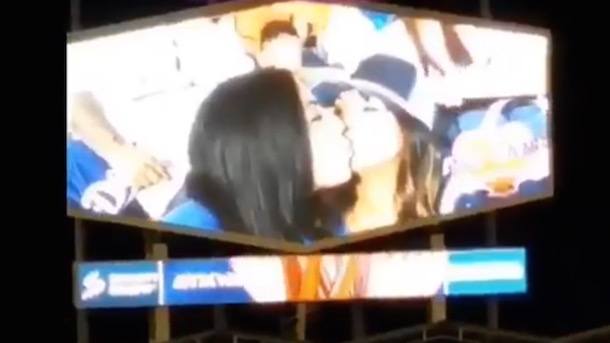 June is Pride month, and no other team in sports does more to celebrate than the Los Angeles Dodgers.

On Friday the Dodgers held their fifth annual LGBT Night at Dodger Stadium, and this year the game also served as the official kickoff party for LA Pride. The team welcomed the Varsity Gay League kickball team onto the field before the game, gave out t-shirts with a rainbow Dodgers logo, and celebrated famous gay athletes during their 7-2 win over the visiting Cincinnati Reds.

They also made sure to put get a lot of non-hetero couples on the Dodger Stadium Kiss Cam, much to the delight of pretty much everyone in attendance.

Sadly, the sports world is not always a very welcoming place for LGBT folks. Judging from the reaction on social media, there are a lot of LGBT Dodgers fans out there who appreciate their team going the extra mile to make them feel included.

At the dodgers game with my girl ⚾️ #LGBT #MLBmemorybank pic.twitter.com/MWvdtfHOSq