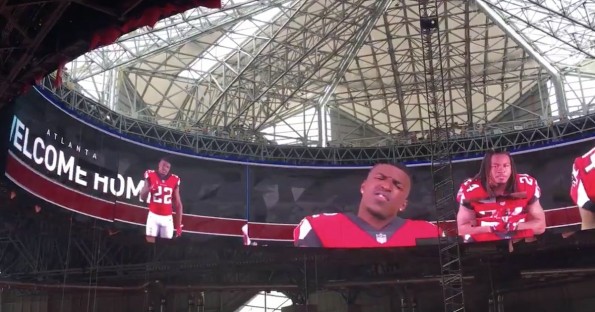 Construction on the $1.5-billion facility for the Atlanta Falcons is nearing completion and what it displays inside shows just how far technology has come.

The most impressive part of the Mercedes-Benz Stadium is a halo-shaped video board.  The LED display is three times larger than any other screen in the NFL, covering a ridiculous 63,800 square feet below a retractable roof.

The official opening date is set for Aug. 26, when the Falcons host the Arizona Cardinals for a preseason game.

Really cool shot from the sky of @MBStadium with roof structure closed today. Now the ETFE goes on. Moving right along. pic.twitter.com/rTdrRT2YxV