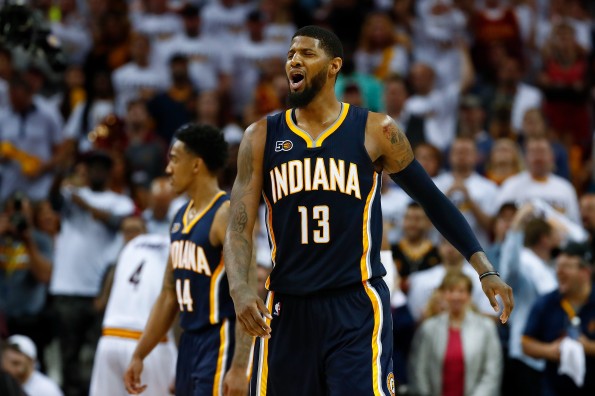 It will be okay, Pacers fans…Actually, no it won’t.

After hearing about the many possibilities of players and picks that the franchise could get back in exchange for Paul George, the Pacers front office decided to pull the trigger and trade their star forward to the OKC Thunder in exchange for Victor Oladipo and Domantas Sabonis.

Pacers fans were understandably upset and took to Twitter to voice their frustrations with the franchise.

You could’ve had Iman Shumpert you fucking idiots @Pacers

Fck u @Pacers and @Yg_Trece why you gotta do us like this #rebuildmode — Conner Smith (@connerr_smith) July 1, 2017

@Pacers got the worst front office in the league ‍♀️

@Pacers anyone want to explain what the fuck the front office was thinking?? You lost your best player for two shitbags — The Mop and Bucket (@Chris_calimano) July 1, 2017

Unless yall plan on signing Jesus at midnight, which would still limp us to a 6 seed with this roster idk what the fuck yall doing @Pacers

@Pacers What in the fuck are you doing? Did you agree as a group this was a good trade? — My Sports Account™ (@SportGuySports) July 1, 2017

you’re telling me Oladipo and this Sabonos dude is better than Crowder, Smart, and two first round picks @Pacers ? fuck you.

You niggaz acted like bitches for the past three weeks just to settle for that shit @Pacers — El Jefe (@sticcmonsta) July 1, 2017