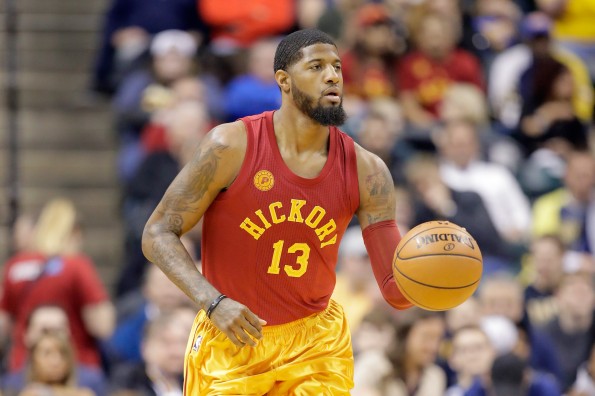 The day after the Indiana Pacers traded Paul George to the Oklahoma City Thunder for a pair of role players in Victor Oladipo and Domantas Sabonis, people are still scratching their heads as to how and why the Pacers pulled the trigger on such a low-ball offer.

According to ESPN’s Jeff Goodman, the situation is a lot worse than it seem, as the Indiana Pacers reportedly turned down a massive deal from the Boston Celtics on draft night that would’ve gotten them multiple picks and two starters.

“Celtics offer on draft night for Paul George, per league source, was 3 first-round picks (not the Nets pick next year or the Lakers/Kings pick) and two starters (Crowder being one).”

Pacers fans lost their damn minds when this information was revealed:

Nets got a first-round pick for Bojan Bogdanovic in February

Lakers got a first for Lou Williams

Pacers did not get a pick for Paul George

Lakers got more for D’Angelo Russell than the Pacers got for Paul George. That’s with DLo having a bad rep throughout the NBA. Wild. — Ry (@JustRyCole) July 1, 2017

That’s exactly how you don’t run a team. Turn down a great offer for basically a guard who can’t shoot and a scared big man

Future kid: “Dad, where did it go wrong for the Pacers?” Me: *takes three shots of bourbon* “It all started with this damn photo shoot…” pic.twitter.com/StbP9bPf2l — Tyler Brooke (@TylerDBrooke) July 1, 2017

HOW DO YOU PASS UP THREE FIRST ROUNDERS AND THEN GET OLADIPO? WTF

The day ainge makes a good trade for an actual human being is the day I’ll start to respect him as a gm — Nick (@Nick_Hatton11) July 1, 2017

@Yg_Trece can go fuck himself. And so can the @Pacers with that awful trade.

Good bye. Maybe you will give them more effort than you did the Pacers

Slap in the face that he even posted that

Guess the pacers didn’t want him in the east

This just in: Reggie Miller has now flopped *out* of his grave, hoping to draw a foul.

This would be interesting if the Warriors team plane had crashed.

Pacers rejected 2 first round picks and starters for oladipo and sabonis smh lmaoooo . The Indiana kings

Pacers rejected 4 1st round picks from BOS for PG just to get Oladipo for 21mill n Sabonis ? LMAO pic.twitter.com/dg5iELpkz8

But they traded him for a ham sandwich and half a bag of chips.