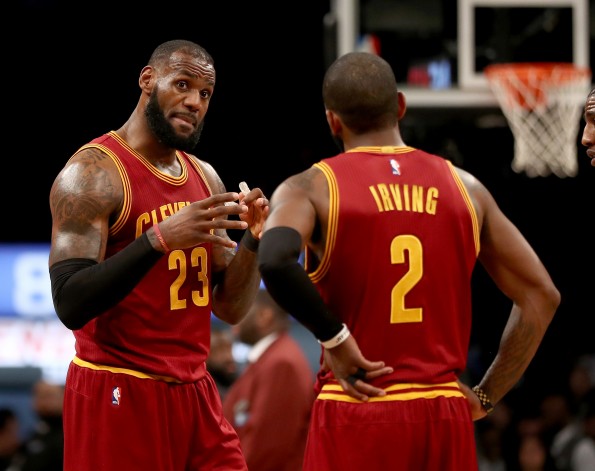 What seemed like an unbreakable bond on and off the court must’ve quickly deteriorated during the offseason, as LeBron James and Kyrie Irving seem to be headed for a divorce.

A max-level player in the prime of his career, Kyrie reportedly asked the Cleveland Cavaliers front office to trade him as he had no interest in playing alongside LeBron James any longer, according to ESPN’s Brian Windhorst.

“According to my sources, they believe LeBron James had everything to do with news getting out that Kyrie Irving wants to be traded, because Kyrie Irving and his representation and others met with the Cavaliers a couple weeks ago, and not a word got out until recently.”

“They believe that LeBron James got word of it, and was put off by it, and leaked it. I’m not going to accuse LeBron of such a thing, I don’t know that to be true at all, but I know that’s what Kyrie Irving believes. The mere fact that he has that question, says it’s time to move on.”

The next question now would be why LeBron would leak that info and what would he be gaining from it?

Put on your conspiracy hat for a second: Maybe LeBron is prepping for his much-rumored move to the Los Angeles Lakers after next season, and he’s looking to garner a bunch of sympathy from the masses before that move. Kyrie leaving the Cavs would probably help everyone sympathize with LeBron bolting as well.

In addition to that Stephen A. Smith report, there are also several posts from a guy named Wackstar.  He’s reportedly affiliated with Kyire, and he had some not-so-nice things to say about LeBron.