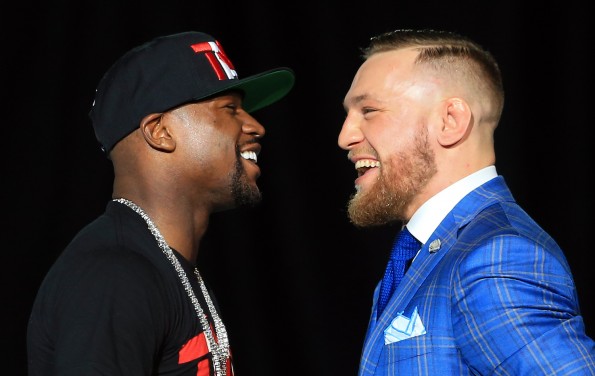 Just when you thought the Mayweather-McGregor mega-fight couldn’t get anymore ridiculous, they go and prove you wrong in a big way.

Fathom Events and Mayweather Promotions just recently partnered together to give fans an opportunity to watch the August 26th fight on a big screen near you. That’s right, you can purchase a ticket at your local movie theater and watch the UFC Lightweight Champ make his pro-boxing debut against boxing legend Floyd Mayweather.

“The buzz that my fight against Conor McGregor is getting has been great already, so what better way to watch this larger than life event than on the big screen?” said Mayweather. “We brought boxing back to movie theaters eight years ago and it was a huge success, but this event is on a different level and I’m so glad we are giving fans another way to see all the action. Grab your popcorn because this is a fight no one will want to miss.”

“We are excited to once again partner with Mayweather Promotions and all promotional partners to be part of what is shaping up to be the most anticipated match up in years,” Fathom Events VP of Programming Kymberli Frueh said. “Since our first bout broadcast to cinemas, fans of boxing and MMA have come together and enjoyed a larger-than-life ring-side experience on the biggest screens around.  This will certainly be one for the history books for fans and all involved.”