Daniel Cormier Cries After Getting Knocked Out By Jon Jones (VIDEO) 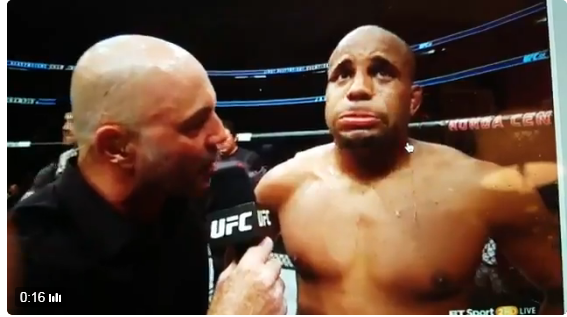 The UFC Light heavyweight champ was doing damn good through two rounds against Jones Jones, but he got way too cocky when he started wagging his finger at Jones like Dikembe Mutombo.  It all went downhill from there.

Jones went on a fury of kicks and punches and just like that, Cormier had lost his title and he just couldn’t believe what had happened.

His interview speaks volumes of how badly he was hurting: