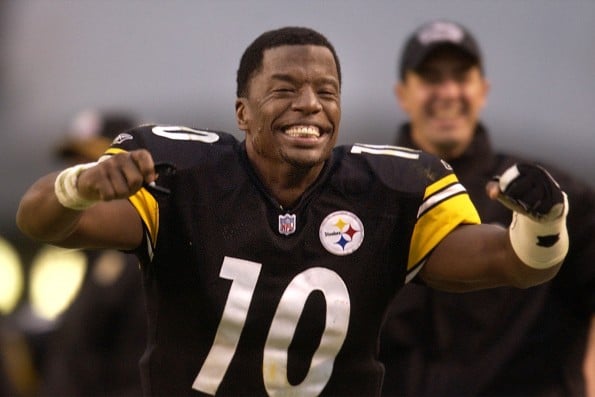 Former NFL quarterback Kordell Stewart is just the latest to offer advice to Colin Kaepernick, and it sounded fairly similar to what Ray Lewis stated in a video on Tuesday.

“Right now he’s not giving himself a chance,” Stewart said, via NFL No Huddle on TuneIn with Brian Webber. “I don’t think it’s the owners; I think it’s more or less Colin Kaepernick in my mind. Stay off of social media, and when it comes to the political side of everything, you can express yourself, you can do it quietly. I mean people are looking for former athletes and athletes out there doing some things that can be headline news. Do it from a charitable standpoint. Stay low-key about it. You don’t have to be so [loud], especially in this world of politics in the game of football.

“You see what’s taking place with him right now. He’s not even getting a chance to play and he’s better than 90 percent plus of the backups playing in the National Football League, let alone some starters that are playing right now.”

The Baltimore Ravens have been going back and forth on whether to sign the free agent QB, even consulting with former Ravens linebacker Ray Lewis, who had this to say to Kaepernick in a video message.

At this point, Kaepernick is likely to begin the season without a squad and just hope to get a call due to a major injury to a starter.