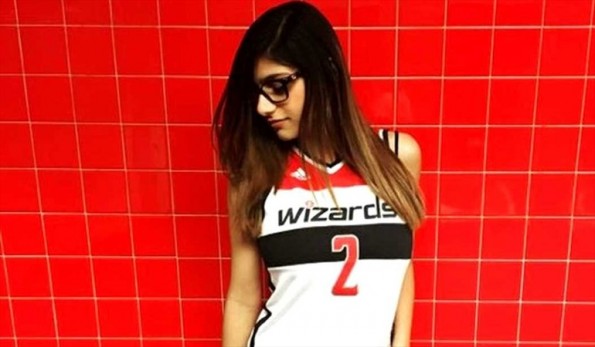 If you follow Mia Khalifa on Twitter, then you would know her never-ending love for all things Washington. She will do anything to see her teams on top.

NBA 2K recently released the ratings of some of the top players around the league, and Washington Wizards star guard John Wall came in at 90.

Khalifa wasn’t feeling that at all, so she tweeted to @Ronnie2K, the NBA 2K digital marketing director, and first offered to play a game of HORSE to get Wall’s rating up to a 93.

You know I always am

Since that plan failed, Khalifa decided to raise the stakes a bit:

She still wouldn’t give up:

A lot of 14 year olds in Brazil would disagree. Take the tiddies and change the rating. https://t.co/9vZhAud9pZ