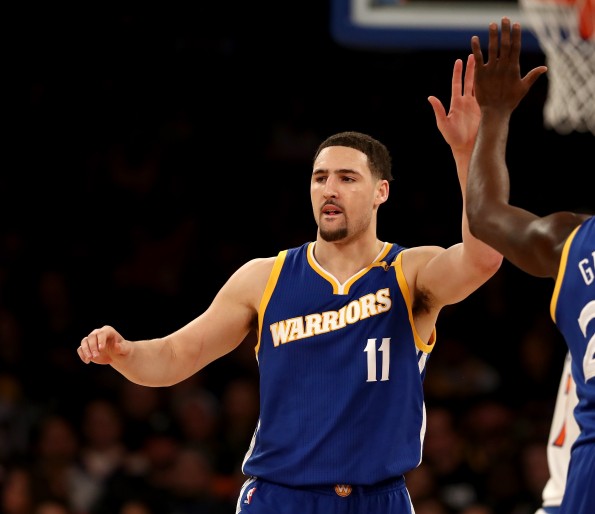 Social media sensation Abigail Ratchford, who has been linked to many athletes, is not shy about showing her recent affection for a top athlete in the NBA.

Earlier this week, she took to social media and posted a snap of Golden State Warriors star Klay Thompson’s dog, Rocco, as well as another photo of basketballs on a countertop.

She captioned the photos, “That was the best I’ve slept in a year,” along with an angel emoji. Seems pretty evident she wanted her 8 million followers to know Klay put her to sleep.

Although Klay doesn’t appear in any of her pictures, so one can only assume…

Now, for the real reason you’re here. Photos of Ratchford:

Nobody loves a tight jumpsuit quite like I do ; ) @lovenookie

Yeezy taught me ✌ Hair by @desiree.g.hair Pic by @desireex.jpg Glam & Styling by yours truly

Check out my spread in the NY Post today

Skin glowing all night thanks to @flawlesslasercenter

Tongues will wag ; ) glam by @vixavagemakeupartistry

No Romeo No Juliet @maxthompson

Thinking..of doing a Snapchat Followback today Comment your username below

Find someone who looks at you the way I look at a Churro Ice cream sandwich #TrueLove @cre8nhavok Styled by the amazing @awlove_ Hair by my babe @desiree.g.hair #abigailratchford

Survival of the fittest ; ) ⚡️ @dreamstatelive ✅

Sometimes the smartest thing you can do is play dumb ; ) @mikeleshotit