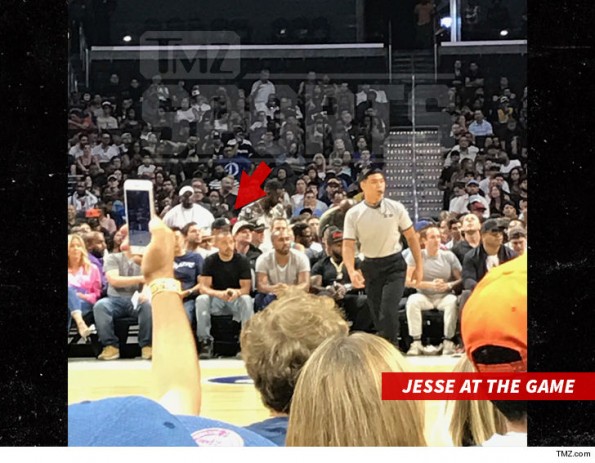 While attending a BIG3 game this weekend, actor Jesse Williams took a stand by not standing for the playing of the National Anthem.  It seems it may be a direct response to what happened in the Charlottesville attack.

Williams, who regularly speaks out against racism and injustices in this country, was at the Staples Center in Los Angeles for Ice Cube’s 3-on-3 basketball tournament. During his appearance, he recorded himself refusing to stand until America begins to stand with them.