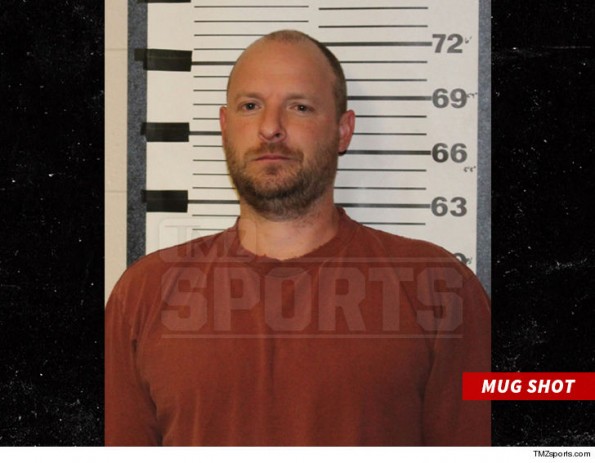 Last month, ESPN host Ryen Russillo had way too good of a weekend and it ended up with him buck naked in the bed of a condo that did not belong to him—after he just wandered in on unsuspecting people.

“Two people were sleeping in Jackson, Wyo., when they heard someone enter their residence, according to Jackson Hole News & Guide. They asked the ESPN host to leave, but he did not. Police arrived shortly afterward and arrested him, the report said.

“Occupants pointed the suspect out who was found in a bedroom,” Jackson Police Lt. Roger Schultz told the publication, who added that Russillo didn’t know where he was and appeared “to have just walked in” the possibly unlocked condo.

“He couldn’t coherently answer any questions,” said Schultz, referring to Russillo as “intoxicated.”

The affidavit states: “Officers found the defendant, later identified as Ryen August Russillo, lying on the bed in the south bedroom naked except for his pants around his ankles.”

That was pretty embarrassing in itself and he got served with a week suspension from the Worldwide Leader in Sports. On Tuesday, he finally made his much anticipated return to the radio and took some time to apologize for his actions that greatly embarrassed him.

“The thing about screwing up is it can be hard when it’s just you. But that’s actually what’s made this easy, is that it’s only my fault. I have no one else to blame,” Russillo says.

Russillo went on to state that his friends have helped him during that time because he was ‘super depressed.’