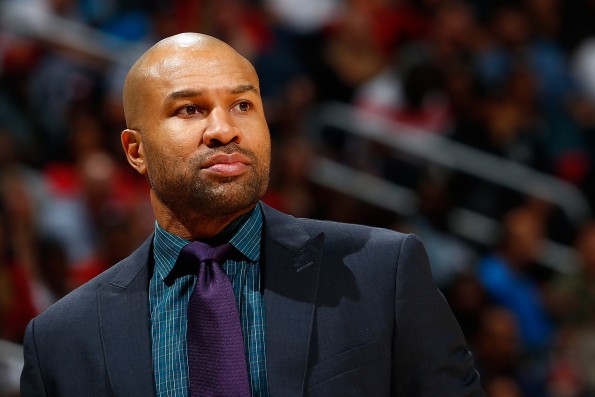 For such a shifty, conniving, and backstabbing guy, Derek Fisher somehow continues to win.

Back in May of 2016, the former New York Knicks coach had his divorce finalized after 10 years of marriage, but his ex-wife made out fairly well, receiving $109K a month in spousal support. Fisher also agreed to pay $15k per month in child support for their 9-year-old twin sons.

Over a year later, he has somehow convinced his ex-wife to get that $124,000 a month paycheck she receives voided.

“Fisher filed paperwork over the summer asking the judge who presided on his 2016 split from Candace to halt his ongoing $109,000 in monthly alimony and $15,000 a month in child support payments because he’s no longer working as a coach for the New York basketball franchise.

Fisher will no longer have to pay child support or alimony as of July 1st.

“However, on the first of the month, lawyers for each side will have to confer with one another to see if there are any job prospects in the pipeline and whether their alimony and child support deal needs to be modified further, court papers obtained by BOSSIP state.”

Fisher is currently dating the estranged wife of ex-teammate Matt Barnes, “Basketball Wives” alum Gloria Govan. We all know the backstory and drama that has happened between those three.