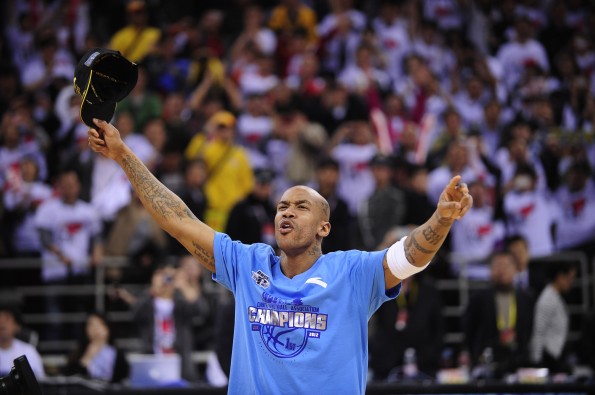 The last time Stephon Marbury step foot on an NBA court was back in the 2008-2009 season as a member of the Boston Celtics at the age of 31. Since then, he has become a living legend in China with the Beijing Ducks of the Chinese Basketball Association, where he was won multiple titles.

On Tuesday, Marbury took to Twitter and announced that at the tender age of 40, he will be attempting an NBA comeback.

It’s time to combine. My next move is the best move. Working on the come back to the #nba pic.twitter.com/TaWjqwwekF

Sports Illustrated has the backstory on why he won’t be with the Beijing Ducks any longer:

“The Beijing Ducks terminated Stephon Marbury’s contract in April due to a dispute regarding his role and salary over the next two seasons. The contract included a team option for Marbury to come on as a player or an assistant coach for the upcoming 2017-18 season. Marbury did not want to serve as an assistant and so the team decided to part ways with him. Soon after the contract was terminated, Marbury wrote a letter that said he still planned on playing in the CBA next season. “

Last year, Marbury averaged 21.4 points, 5.5 assists and 4.0 rebounds in 36 games. Besides his final season in the league where he averaged 3.8 PPG, Marbury was a consistent scorer who could put up 20+ on any given night.