Anonymous Cowboys Player Confirms If Anyone Kneels On Team, They Will Be Put On ‘Sh*tlist’
NFL

Anonymous Cowboys Player Confirms If Anyone Kneels On Team, They Will Be Put On ‘Sh*tlist’ 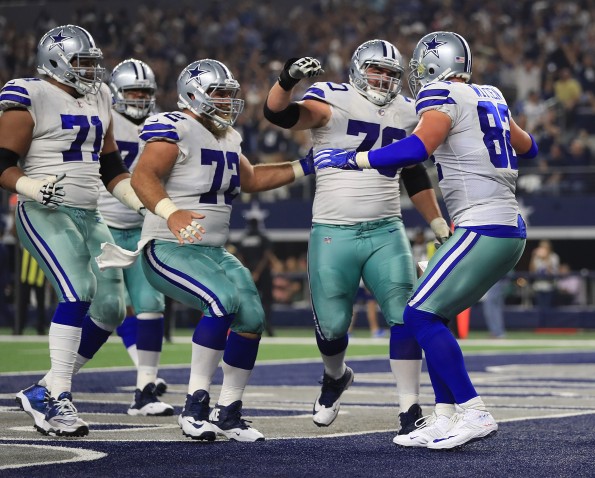 A few weeks ago, Dallas Cowboys wide receiver Dez Bryant got torched on social media when he stated he didn’t want to speak on racial injustice or participate in any kind of protest because he had a family to feed.

Now, we’re learning why he had to say something like that.

An anonymous Dallas Cowboys player confirmed to senior justice writer for the New York Daily News, Shaun King, that if anyone on the squad had any thoughts of kneeling during the playing of the national anthem, they would be put on a ‘shitlist’.

This explains why no current Cowboys player has spoken out against racial injustices, and why they purposely avoid any types of questions regarding the anthem.