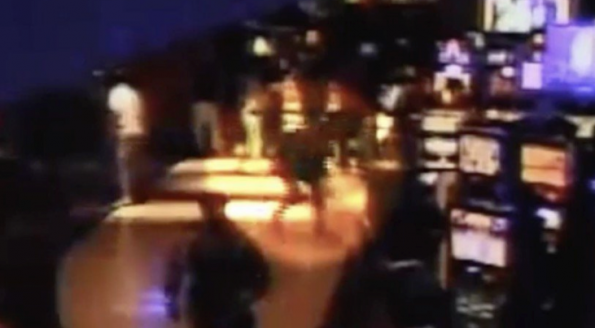 Earlier this month, Michael Bennett took to social media and talked about an incident that happened to him in Las Vegas on August 26, immediately following the McGregor-Mayweather fight. Bennett explained how Vegas police sought him out after an apparent shooting and put a gun to his head, all while threatening to shoot him.

He even posted a still-photo of what appeared to be an officer pointing a gun at his head while he was down on the ground.

That footage, which has been seen by thousands, has many believing Bennett was lying about being racially profiled—even though it doesn’t actually show the moment of Bennett’s arrest.

Many individuals took to Twitter to call him out.

Hey @ShannonSharpe you gonna call out Michael Bennett for being a damn liar after praising him as a hero for a week or nah? — Clay Travis (@ClayTravis) September 29, 2017

Michael Bennett claimed the cop placed a gun at his head and said “Don’t move or I’ll blow your head off”. This was a lie. Why lie Michael? — Chiz NFL (@CChiz5) September 29, 2017

Start with firing Michael Bennett for lying about being racially profiled. Just watched the video on TMZ.

Michael Bennett LIED. Neither of the 2 LV Metro cops ever said to him “I’ll blow your fucking head off”. #BoycottNFL https://t.co/dHUICxrD9m — Melanie (@Melanieny5404) September 29, 2017

So Michael Bennett lied…I’ll wait for an apology from @NFL @Seahawks and @ShannonSharpe for blaming the Las Vegas Police Department.

if anyone watches that Michael Bennett video and says the police were victimizing him.. you’re lying to yourself. he lied for a story — Bo Helsel (@Boozle2) September 29, 2017

So Michael Bennett lied with the intention of furthering our racial divide, isn’t that just so nice

So will @Seahawks release a statement about Michael Bennett being a lying, race baiting fraud? #NFL should suspend him #NFLBoycott

So the Michael Bennett shit ended very cordial with the Police even apologizing WTF was he talking about ? this is why I wait for facts — hardhittingsports (@kasuwell) September 30, 2017

U cant claim u want better relations between police and citizens & flat out lie about an encounter with them. Shame on you Michael bennett