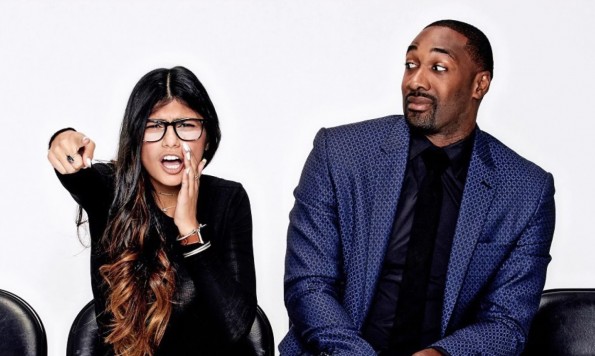 We’ve all been had.

Turns out the whole thing was just a publicity stunt to help the two of them promote their upcoming daily sports talk show, which will be hosted by Complex.

“How are we going to create a product that is competitive in a sports landscape that is fairly crowded, and create a product that is totally differentiated in its voice? We’re going to have to get people that are totally differentiated in their voice, people that ESPN and Fox would never even entertain putting on their platform, but that are compelling, and that we can demonstrate are compelling. … Just like Gilbert, there is a rawness to [Khalifa] and to the way she talks about sports that I think is going to create a package that cannot be replicated by any of these more mainstream competitors.”

The show, titled “Out of Bounds,” is set to premiere on October 16. You can find it on Complex News’ YouTube Channel right here.