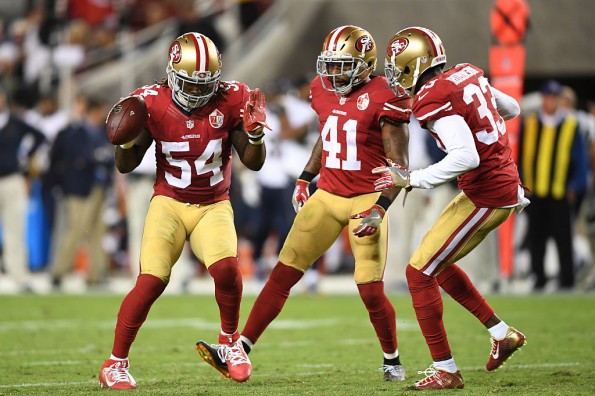 San Francisco 49ers linebackers Reuben Foster and Ray-Ray Armstrong are counting their blessings that this situation didn’t escalate further, possibly costing them their lives after two masked men approached them outside the club Love and Propaganda in San Francisco.

Bleacher Report has the disturbing details:

“According to Mission Local’s Joe Eskenazi, “two masked men wearing white hoodies emerged, carrying an assault rifle and a handgun” confronted Foster and Armstrong after they asked a security guard to walk them to their car.

After the weapons were allegedly brandished, Armstrong and Foster reportedly “turned and ran like hell” before they found safety at a local hotel.

“We are aware of the reports regarding the robbery and are very thankful no one was harmed,” the 49ers said in a statement, according to The Athletic’s David Lombardi. “Reuben and Ray-Ray have been, and will continue to be, cooperative with any further police investigation.”

Armstrong has appeared in all six games this season, while Foster’s only appearance came back in Week 1 against the Carolina Panthers, when he suffered an ankle injury.