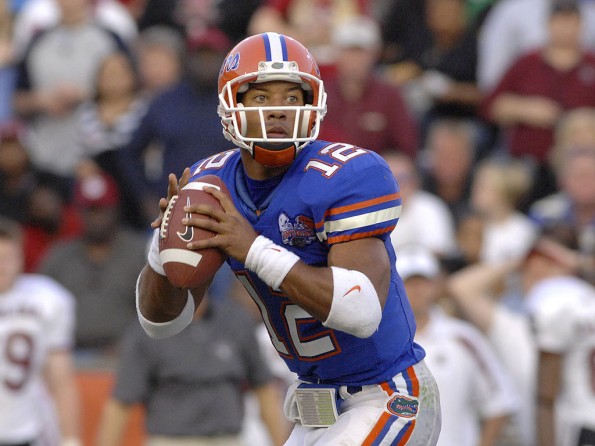 Two years ago, Chris Leak voluntarily surrendered his Florida Educator’s Certificate after an incident with a female student.

The former Florida Gators quarterback reportedly didn’t even bother to contest the allegations against him, which state that he asked a then 15-year-old to touch him inappropriately.

Here are the disturbing details via The Palm Beach Post:

“Edgewater High School football coach and Art Recovery teacher Chris Leak, who played quarterback at the University of Florida just before Tim Tebow, voluntarily surrendered his Florida Educator’s Certificate amid allegations that, on Sept. 5, 2015, he received a massage from a 15-year-old female student and asked the student to touch his penis, according to an order filed by the Florida Education Practices Commission on Tuesday.

Leak allegedly was wearing only a towel when he received the massage.

A police report, obtained by WFTV, alleges that the teenage victim told the school’s resource officer she left the athletic trainer’s office where the interaction with Leak occurred. She also claimed that Leak later drove her home, took her to get food and gave her friend, who she had told about the incident, $100.”

Because Leak surrendered his teaching license voluntarily, he will never have it reinstated and will not be allowed to apply for a new one.

Fortunately for Leak, he won’t have to worry about going to jail, because the accuser dropped the charges.

Leak won a National Championship against the Ohio State Buckeyes back in 2006, just before Tim Tebow became Tim Tebow.