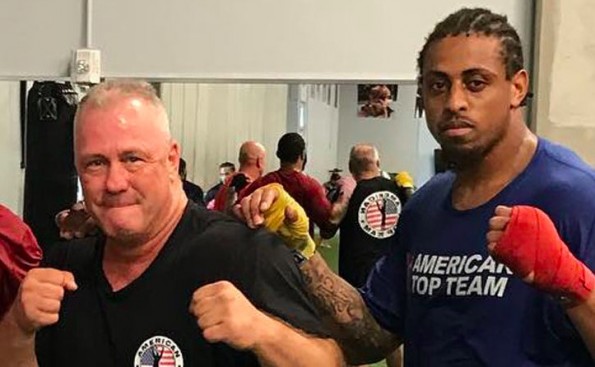 Greg Hardy doesn’t have a career in the NFL anymore, so he’s been looking to MMA to draw a paycheck over the past year or so. According to his boxing coach, Billy Padden, the transition has been a fairly smooth one, and Hardy is now raising hell among the ranks of the American Top Team fighting stable.

Speaking to TMZ, Padden said, “He actually knocked 2 UFC fighters down in sparring.”

We can think whatever we please of Hardy and still question the praise, considering it’s coming from his own side—which is as much hype machine as it is training squad. But that doesn’t mean it’s not true. Greg Hardy might be kicking butt in the ring. Even if he is, however, that also doesn’t mean anyone’s gonna want to watch him or pay money to do so.

Padden continued that Hardy is a “natural born fighter,” which is something we kind of already knew, unfortunately.

Here he is singing the disgraced linebacker’s praises.