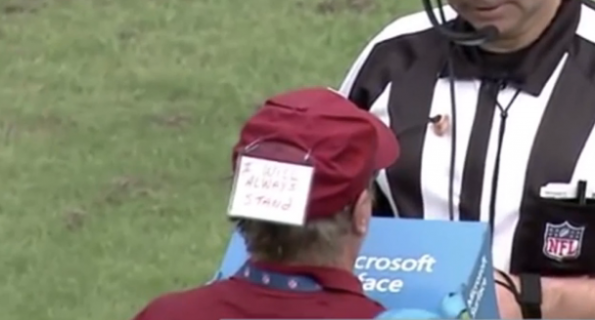 The NFL replay man working the Tampa Bay Buccaneers-New York Jets game is not someone you would usually pay attention to, but he knew at some point he would be on TV, so he wanted to take advantage of his moment.

While reviewing a play, he decided to put a note on the back of his cap that said, ‘I will always stand,’ which is clearly a shot at all of the NFL players who have been protesting during the National Anthem this year.