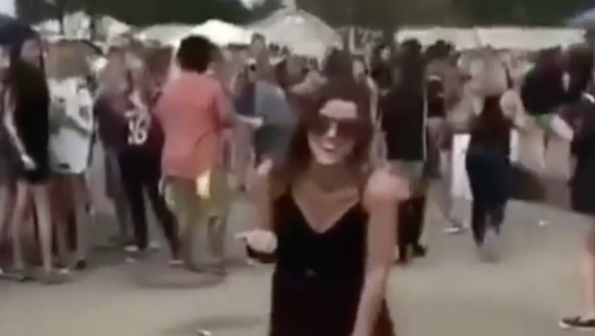 Watching sports over the years and going to sporting events, you’ve probably seen your fair share of disgusting thing while at the game…or before the game at a tailgate.

But when it comes to the most disgusting act you’ll ever see, this one particular chick might just take the cake.

Outside Williams-Brice Stadium on Saturday, while the team was inside getting ready to face off against the Florida Gators, fans were tailgating to help get their juices flowing before another big SEC battle.

One Gamecocks chick got a little too full of alcohol and she had to release some of those juices. But instead of finding the nearest porta potty, she decided to move her panties over to the side and take a piss right there in front of everyone.

Preview of this week’s #GirlsOnGameday