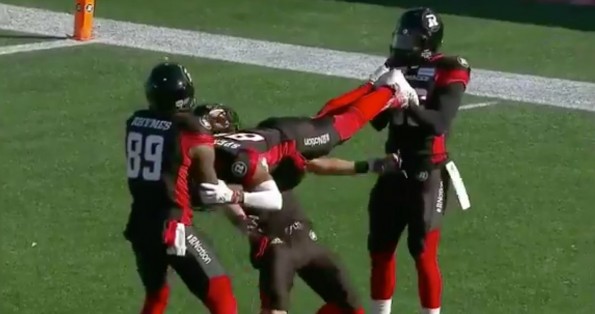 In addition to Week 10 of the NFL, the CFL conference semifinals were also taking place this weekend. That included a matchup between the Saskatchewan Roughriders and the Ottawa Redblacks.

During the CFL’s Eastern Conference Semifinals, the Redblacks celebrated a touchdown against the Roughriders in a way that would make their NFL brethren proud—by bringing out an all-human limbo.