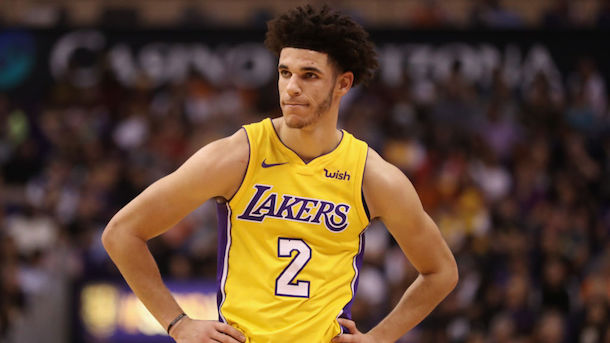 Highly touted Los Angeles Lakers rookie Lonzo Ball cannot seem to get his shots to go in at a reasonable rate. However, his playmaking is already elite—or at least that’s what the Lakers would like us to believe.

Lonzo is currently averaging 7.1 assists per game, good for 9th in the NBA. That’s pretty great for a rookie. Unfortunately, it seems Ball might be getting some help from the Lakers scorers when playing at the Staples Center.

On Sunday night Lonzo notched the second triple double of his young career, recording 11 points, 16 rebounds, and 11 assists against the Denver Nuggets. However, two of those 11 “assists” were pretty questionable.

I think the NBA needs to have a discussion with the Lakers’ scorers. These are not assists. Lonzo had a good game regardless and I think he’ll be a good player but they shouldn’t be padding his stats. pic.twitter.com/hFwG84GWUT

An assist is a pass that directly leads to a basket. This can be a pass to the low post that leads to a direct score, a long pass for a layup, a fast break pass to a teammate for a layup, and/or a pass that results in an open perimeter shot for a teammate. In basketball, an assist is awarded only if, in the judgement of the statistician, the last player’s pass contributed directly to a made basket. An assist can be awarded for a basket scored after the ball has been dribbled if the player’s pass led to the field goal being made.

Obviously, there’s always going to be some subjectivity involved in these sorts of things. But how many reasonable people can look at those plays and say that Lonzo’s passes “contributed directly” to the baskets being made? Not a lot, I’m guessing.

Lonzo may turn out to be an elite NBA point guard one day. But the Lakers scorers aren’t doing him any favors by padding his stats.