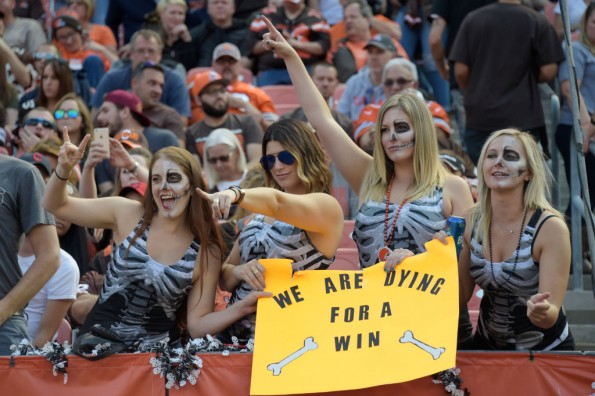 Last month, a Cleveland Browns fan filed paperwork with city officials to hold a parade near FirstEnergy Stadium to celebrate the football team possibly going win-less throughout the entire season.

Along with getting approved for the parade, the Cleveland fan took to GoFundMe to raise money for any added expenses that need to be covered. Almost ten days in and his $7,500 goal has been met with one payment.

According to Darren Rovell of ESPN, Excedrin chipped in the final $7,683 for the parade to help Chris McNeil (@Reflog_18), who started the entire thing so that fans can celebrate their team’s failure.

Excedrin contributed the final $7,683 and will be the sponsor of the parade should the Browns complete the feat.

Here’s everything you need to know about the parade:

(All proceeds go to the @CleFoodBank if the @Browns win)