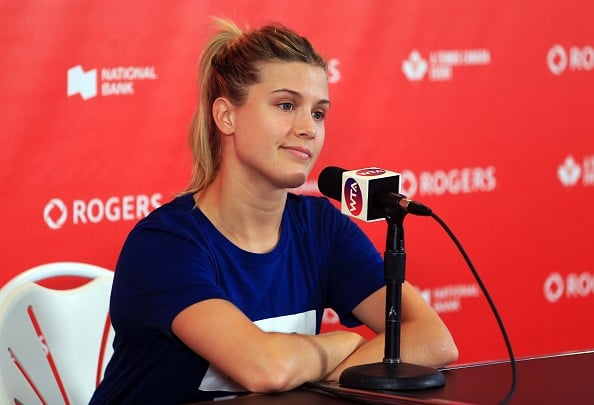 Sure, lots of people were surprised by the Patriots’ comeback over the Falcons in the Super Bowl, but few were surprised on a more public level than Genie Bouchard, who agreed to go on a date with some random Twitter dude if the Pats pulled it off.

They did, and being the sporting person she is, Genie went on her date.

I knew Atlanta would win btw

if patriots win we go on a date?

They ended up going to a Nets game together. He bought her some expensive earrings, and told the world they had a second date.

Well, apparently that second date has taken place. And now there’s proof of that.

I guess their dates are getting more…comfortable. How awesome is that?

I’m not saying this is the sports story of the year…but it is, and everyone should recognize that fact.