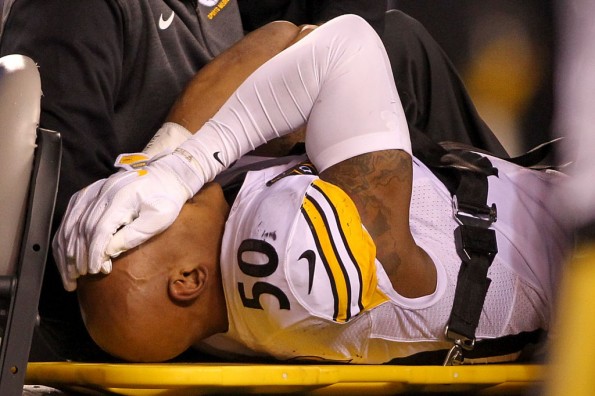 Getting injured in the game of football is expected because of the violet nature of the sport, but to lose everything that you worked for because of a freak accident is just terrible.

The entire situation was already dire. Family, friends, and fans were all on edge to find out how Shazier would make it out of this.

ESPN’s Michele Steele spoke with neurologist Dr Anthony Alessi, who doesn’t have access to Shazier’s records, but claims the situation is lot worse than previously expected, as the Pittsburgh Steelers linebacker may never play football again.

Just got off phone w neurologist Dr Anthony Alessi, who consults w NFLPA, asked him what he makes of Shazier’s spinal stabilization surgery. “It’s not good…We’re not going to see him this season. He may not play football again.”

Alessi says surgery is needed when the “bones around his spinal cord are dislocated. This is a more severe injury (than a contusion.)”

“This is a much more severe situation on our hands than we thought.”

Alessi is affiliated w uconn and runs the NeuroSport program – he does NOT have access to Shazier’s records. Per the original tweet, this is his opinion as a neurologist.

Fingers crossed that none of this actually happens and Shazier makes a full recovery from this.