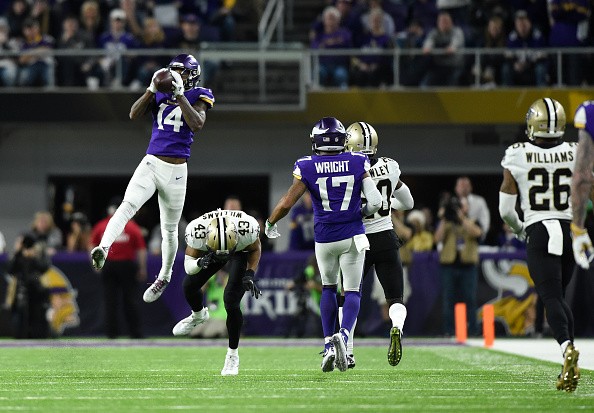 Admit it: You’ve reached out to a higher power at one point or another when rooting for your favorite team in a game. No doubt many Vikings fans did just that as their team faced playoff elimination with a long field to work down.

Only, their prayers were answered, and the Vikings won the game. Now, it’s time for those suddenly-devout fans to repay the favor.

Here’s how they can do it, according to Our Lady of Lourdes Catholic Church in Minneapolis:

Nice. Now we just have to wait until the NFL sends them a cease-and-desist letter for copyright infringement for using the Vikings’ logo.

These fans will want to re-set their karmic accounts before this week’s NFC Championship game, anyway.