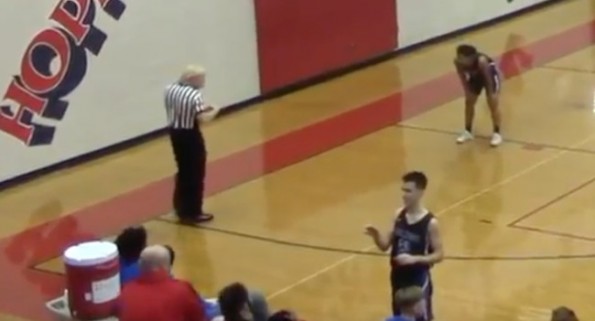 That headline reads like something out of a Three Stooges gag, but it really happened during a high school basketball game.

I mean, I hope that the fact that the ref wore a toupee in daily life was an open secret, because you hate for the world to find out about something like this under such public circumstances. Judging by the obviousness of the rug, it’s pretty clear that everyone was in on the act.

Nonetheless, you have to feel for a guy who suffers this indignity. One can only assume that the high school rascals were gunning for it.

Maybe he could have pulled a WWE move, thrown it against the wall, then ref’d the rest of the game au natural. That clip would go even more viral, wouldn’t it?