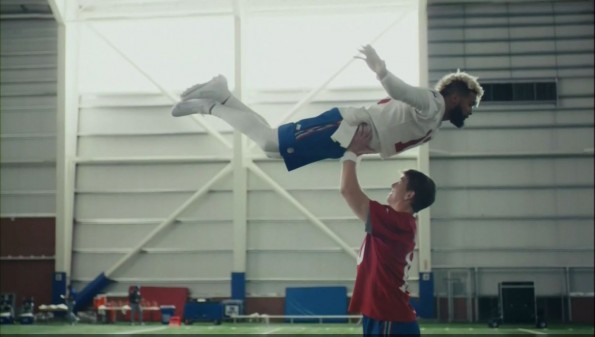 This might have been the most unexpected and hilarious commercial of the night.

For some apparent reason, New York Giants QB Eli Manning treated millions of people around the world to his unique dance skills, complete with him lifting Odell Beckham Jr. off his feet and over his head.

Looks like Eli Manning and Odell Beckham Jr have the best #SuperBowl commercial so far pic.twitter.com/LQzDXZeu9O