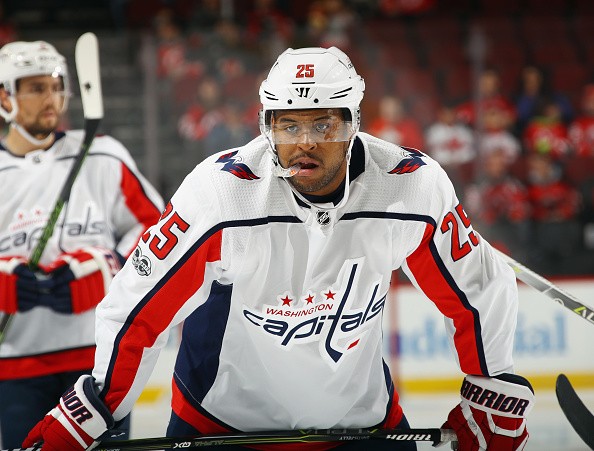 Over the weekend, the Chicago Blackhawks had to step in and eject a few of their own fans after they made some racially charged comments toward Washington Capitals forward Devante Smith-Pelly while he was in the penalty box during the third period of their game.

Barry Trotz with straight facts on the four fans who had racist remarks towards Devante Smith-Pelly pic.twitter.com/MkhpzRbT7v

It took less than 24 hours for the Blackhawks organization to take additional action. This time, they really made it clear that these type of things won’t be tolerated at their arena.

“We have contacted the select individuals involved in the incident on Saturday to notify them that they are no longer welcome at our home games,” a team spokesperson said, according to Isabelle Khurshudyan of the Washington Post. “Racist comments and other inappropriate behavior are not tolerated by the Chicago Blackhawks.”

On Sunday, Smith-Pelly eventually spoke with the media about the incident, stating,  “We can’t brush it under the rug.”

Devante Smith-Pelly on the incident last night in Chicago. pic.twitter.com/Oz9qfFWMQH