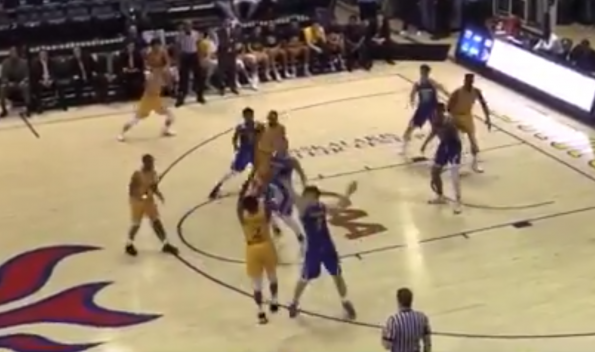 If a team is losing 53-19 near the end of the first half, it’s hard to imagine they have a puncher’s chance at coming back. But that’s exactly what Drexel did last night against Delaware. And in their amazing comeback, Drexel set a D1 record in the process.

This tweet from ESPN lays out just how the team managed to do it.

Just when you thought a 34-point lead was safe….

Said Tramaine Isabell, who led the charge with 29 points, 12 rebounds, and 9 assists, “I just felt like, I don’t know. I didn’t believe it. That’s something amazing to be part of. I can’t imagine having a team down 34 and making us believe we could come back.”

Well, it happened, and while Drexel might not be looking at a championship run this season, they’ve firmly planted themselves in the record books at Delaware’s expense. The previous record for the largest comeback in a game was 32 points way back in 1950, when Duke made a run at Tulane to win 74-72.

Here are the highlights from last night’s comeback, via ESPN: