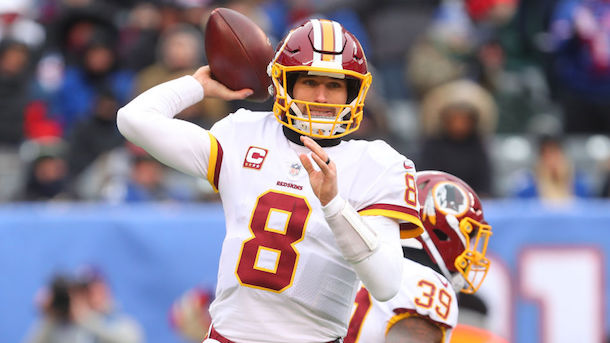 Everybody knew Kirk Cousins was going to get paid this offseason. Elite quarterbacks rarely hit the free agent market in their prime. When the Redskins traded for Alex Smith, the stage was set for a historic bidding war.

Now, if the latest rumor is accurate, it sounds like the Minnesota Vikings are determined to win this war.

According to Washington Redskins podcast BurgundyBlog, former Washington tight end Chris Cooley says an agent told him that the Vikings have offered Cousins a three-year $91 million contract with every single penny FULLY GUARANTEED.

That’s not the biggest NFL contract of all time. At least 25 players have signed contracts worth more than $100 million. However, none of those contracts guaranteed anything close to $91 million.

Matt Stafford owns the record for most money guaranteed at signing. The five-year $135 million extension he signed with the Detroit Lions last year guaranteed him $60.5 million.

If the rumor about the Vikings’ offer is true—and that’s a considerable if—it would shatter Stafford’s record by a whopping $30.5 million while making Cousins the highest paid player in the NFL.