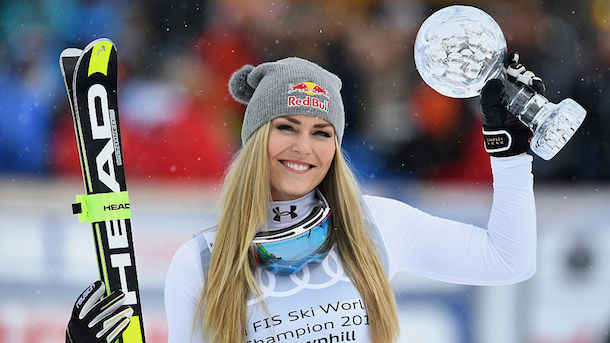 Let it be known that, when it comes to men, Alpine skiing legend Lindsey Vonn is perfectly willing to give a mature, sophisticated serial philanderer a shot, but she has absolutely no interest in immature, man-child horndogs.

Vonn, who got pretty serious with Tiger Woods in 2014 before things fizzled in 2015, was asked if she has a “type” on the Oscars red carpet last weekend, and her sister stepped in to say she likes “big strapping” dudes.

This week Vonn stopped by the set of Access Hollywood to answer even more questions about her preference in men. This time the hosts threw out a bunch of famous names, and Vonn had to say which ones she would consider dating.

Her answers were pretty interesting.

Then they switched to athletes and threw out New England Patriots tight end Rob Grownkowski. Unfortunately for poor Gronk, Vonn burst into laughter at that suggestion and quipped, “never going to happen.”

Sorry, Rob. When it comes to NFL players, Lindsey Vonn only has eyes for J.J. Watt.