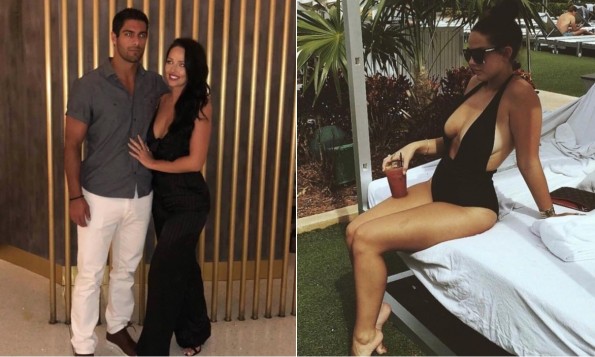 Jimmy Garoppolo can do no wrong right now.

After taking over under center in week 13 and leading the San Francisco 49ers to five straight victories to end their season, the 26-year-old quarterback signed a monstrous 5-year, $137.5-million contract with the club this offseason. And now he has a smokeshow model girlfriend to spend some of that dough on.

Her name is Alexandra King, she’s from the Boston area, and according to Sportsgossip.com, she’s been dating Jimmy GQ since his days in New England. Their source also points out that “Jimmy still likes to follow and message ladies on Instagram.”

I guess he likes to keep his options open, although, even with his good looks and money, Jimmy G would be hard-pressed to do much better than King. One look at her photos and you’ll probably agree:

put that thing in sport

and this is what a king looked like burr

King of the castle @balr

waiting on the piece to complete me