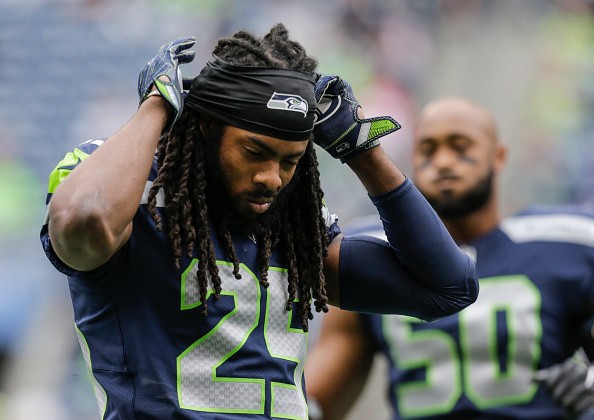 This week saw the end of an era after the Seattle Seahawks decided to part ways with Richard Sherman. The team released him on Friday, telling the Pro Bowl cornerback that he could return to Seattle at a lower price if he couldn’t find a worthwhile contract anywhere else.

That won’t be happening, as Sherman wasted no time visiting with the San Francisco 49ers and agreed to a three-year deal worth up to $39.15 million with his former rival.

That decision came with a bunch of backlash, as you’d probably expect. Seahawks fans were really upset with Sherman signing with their biggest rival. One guy even decided to burn his jersey as a result:

This is so stupid.

There are #Seahawks fans burning the jersey of one of their best players in franchise history because their own team released him against his will and Sherman took a new contract worth almost $40 million.pic.twitter.com/0mvj4YqM8H